Standing in the secluded corner of the terrace,

you watch the moon
and the few stars,
but the clouds are passing
and then some time later,
seemed like the clouds swallowed up
the moon and the stars..
Just a whitish-ness in the night sky,
clouds all over
visible even in the darkness of the night..
You stare back for a few moments,
wanting the moon to show up back again..
Aren’t the clouds meant to pass by?
you wonder,
then why does it seem like they’re stuck there and not moving?!
why did the moon disappear?
Swallowed by clouds that are just foggy and not even solid?!
Isn’t the moon supposed to be bigger, stronger, brighter?!
Yet…swallowed by clouds,
it can’t be seen..!
The moon is ever-present there beyond the clouds, i know,
and the clouds seem like more layers of dust,
hiding the moon, hiding the stars..
Aren’t we like that too?
Covered up by prejudices and wishes and wants,
but what does ‘our moon’ look like?!
beyond all those clouds,
clouds that should keep on passing by,
not stuck..
Lost in thoughts,
suddenly a drop falls on your face..
And then another drop..
More drops..
And you realize, its raining!
Delighted, you smile and look up..
There…there the moon is partly visible..
It rains some more,
washing the earth,
and the fragrance that rises!!
People are worried about their clothes
getting wet in the slight rain..
You stand there, watching them..
Obviously, the rain isn’t goin to last much,
and the clothes would dry again tomorrow,
so why not take a moment in the rain
and feel it falllllllllll??
And the clouds have moved on,
probably rain makes the clouds move! Lol.
And there…
There it is again..
The moon..
Playing hide and seek with what few clouds remaining.. 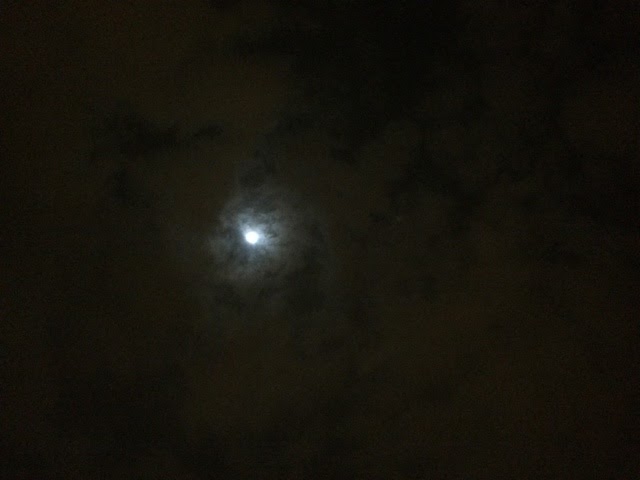